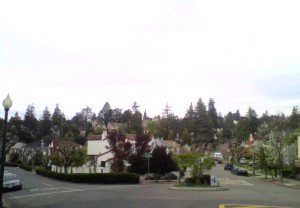 Trestle Glen is a neighborhood in Oakland, California.  It is located east of Lakeshore Avenue, a shopping street which it shares with the Grand Lake neighborhood.

The streets are laid out in the curvilinear pattern of early 20th century garden suburbs.  Many of the houses are nestled in the surrounding hills, and were built shortly before the Great Depression.  Homes were built in a variety of styles, including Craftsman, Prairie and Neo- Mediterranean from the 1920’s, 1930’s and 1940’s by such renowned architects as Julia Morgan andBernard Maybeck. 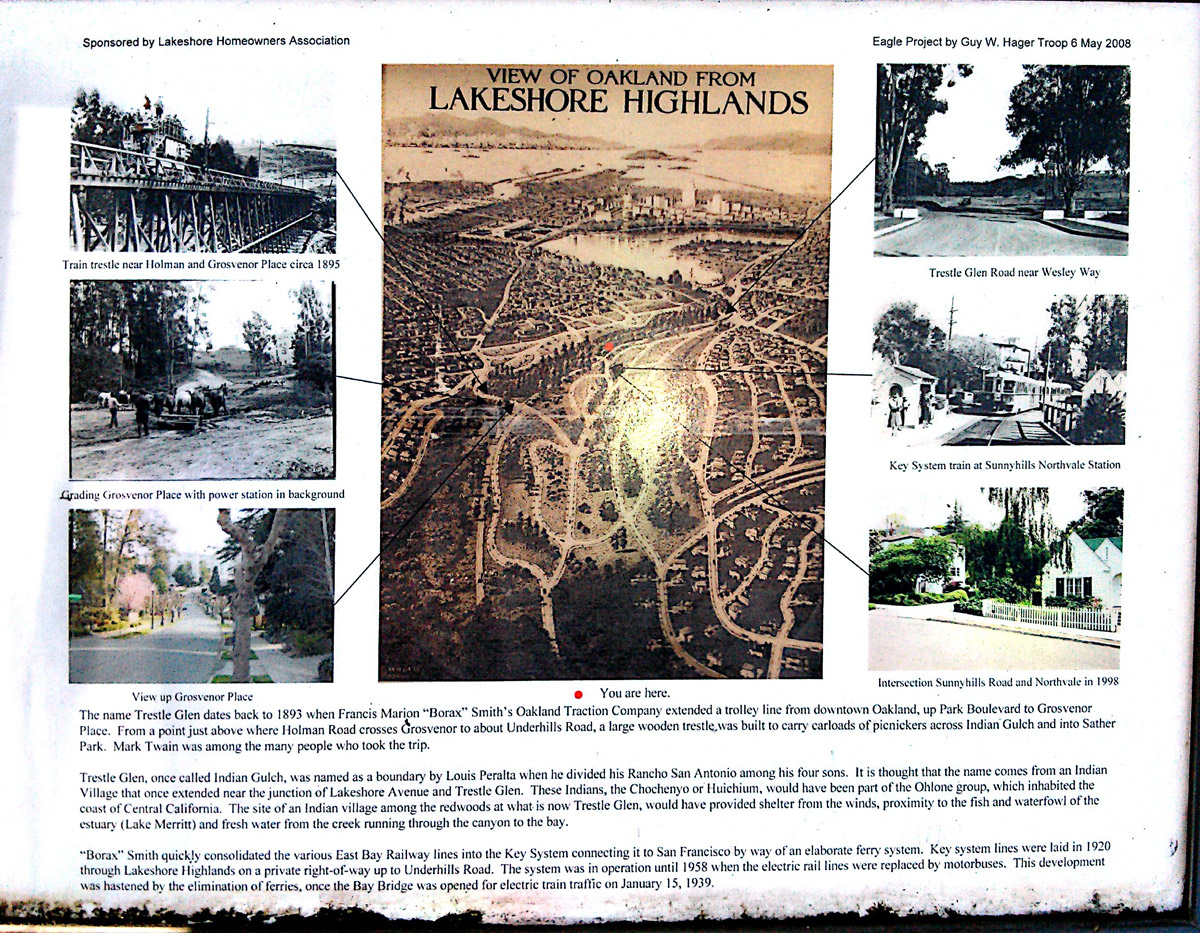 A sign about Trestle Glen sponsored by the Lakeshore Homeowners Association. – from Oaklandwiki.org 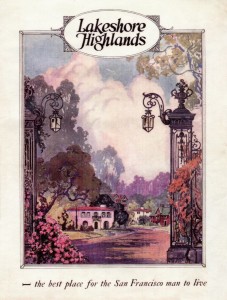 The Lakeshore Highlands is a subdivision developed initially by Wickham Havens and the Walter H. Leimert Company. This subdivision is bounded by Lakeshore Avenue, Mandana Boulevard, Hubert Road, and, now, the MacArthur Freeway.

The entrance to this historic subdivision is marked by beautiful, ornate portals designed by Blackewell and Brown. These portals were erected in 1917. On November 15, 1977, the Lakeshore Highlands Portals was designated Oakland Landmark #19*.